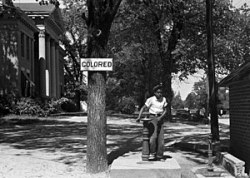 Many of us mistakenly concede to arguments that end with “Well this is what the majority believes, so it’s just too bad for gays/liberals/whoever.” We erroneously believe that a law, a policy or a practice can be justified simply because the majority agrees with it, because of the flawed notion that democracy, or majority rule, is equivalent to mob rule.

… there needs protection also against the tyranny of the prevailing opinion and feeling: against the tendency of society to impose, by other means than civil penalties, its own ideas and practices as rules of conduct on those who dissent from them.

Just because an opinion is held by the majority, that does not automatically mean that the opinion is correct or that implementing a rule based on that opinion is justifiable on that basis alone. If the majority of Singaporeans were to believe that say, Hindus, or Muslims (or the people belonging to some other numerically minority race or religion) should be deemed second-class citizens, that alone would not legitimize discriminatory laws against them. Similarly, even if the majority of Americans were to agree with discriminatory Jim Crow laws, that alone would not legitimize the reinstating of such unconstitutional laws. In the same vein, when homosexuals are denied certain freedoms on the basis that the majority of Singaporeans do not approve of those freedoms, there is no reason to presume that the will of the majority is sufficient to vote away the rights of homosexuals.

When it comes to practical issues, it may be perfectly sensible to go with majority rule. But I believe that the majority (or even a political or moral authority) should not be given that power when it comes to issues of personal liberty (as long as these liberties are not in violation of the harm principle). Allowing the majority to deny rights and freedoms to minority groups is no better than despotism.

I am no philosopher or political theorist, and I do not intend to argue about the conservative principles, which value the sacrifice of individual freedoms to the collective will of society. (Not at this moment, anyway.) But I do know that from a liberal perspective, there is little room for the government or society to impose discriminatory laws or opinions onto minorities, because of the ideology’s emphasis on the respect for individual rights and distaste for governmental or societal interference. After all, the smallest minority is the individual, and liberalism is simply the protection of individual freedoms from oppression by the tyranny of societal conformity, the tyranny of the magistrate, and the tyranny of the majority.

Credit: laïcité, “The tyranny of the majority,” under a Creative Commons license