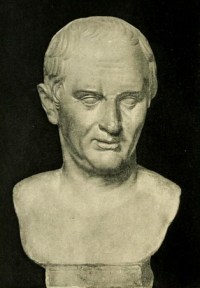 As someone who so obviously does not fit into the stereotype of a liberal academic, I believe that I have a special responsibility to advance the sort of liberal academic ideals I have outlined. It is quite possible that I can reach students that others cannot. At Ohio State we certainly have many students from rural Ohio, part of “red” America; as someone who does not operate on a simple liberals are good, conservatives are bad moral continuum, such students might be willing to listen to the message I have for them.

Now I always tell my students at the beginning of the quarter that, while I might refer to present day events, the class is not about modern day politics and it is not my wish to see the class turn into a soap box for my politics or anyone else’s. History does not translate into straight forward lessons of “do or do not do this.” I do not talk about my politics in class; if students are interested they are free to read this blog. I even ask students to challenge me if they think I have crossed any lines in sticking my personal politics into the class. I think I do a good job at this and have not received any complaints.

That being said, I do discuss certain fundamental historical concepts that serve to undermine conservative modes of thought. For example, one of the things that I have been discussing and debunking in my 111 class this quarter is what I call the “conservative playbook.” In essence the conservative playbook consists of three steps. Step one, talk about how wonderful things were in a given past. Step two, show how poorly the present compares to that “glorious” past. Step three, the conclusion, we need to go back to the way things were and restore those “traditional values” that once made us great.

We see this conservative playbook all over. Cicero argued for a return to traditional Roman republican values. Both Protestants and Catholics in the sixteenth century claimed to be fighting to restore the true original church of Jesus and the apostles. Needless to say this rhetoric is bread and butter for modern day conservatives like Glenn Beck. Even liberals often get caught up in making conservative playbook arguments. I gave the example in class of liberals who bemoan the current state of rock and roll, how it has been corrupted by corporate America and MTV, and argue that we need to bring back the spirit 60s rock, when rock was “pure” and was about waging a revolution against the “man.”

There are two problems with the conservative playbook, one of them will be present in almost all versions of this argument, the other problem exists by definition. Almost all conservative playbook arguments present a rose-coloured picture of the targeted past. Thus it is the job of the historian to burst such bubbles. For example Cicero’s beloved early Romans, judging by the story of Romulus and Remus and the rape of the Sabine women, were a pack of brigands of bastard parentage, who pillaged and raped anything in sight. Rome was not corrupted by empire and the importation of loose Greek morals; it was a pretty corrupt place from the beginning.

Whether or not the past was so wonderful that we should want to live in it, it is not possible and no one can claim to present the past. This marks a fundamental hypocrisy in all conservative movements. Conservatives are just as much the products of their generation as the liberals they denounce; their values are just as new and also mark an irreparable break with the past. For better or worse, the past is dead and buried and no one knows that better than a historian, who lives every day with the realizations how fundamentally different people in the past were. We have two options; either we openly admit that we are a different people from those who lived in the past with different values and ways of thinking and therefore try to the do the best we can to produce the best society our minds can fathom or we can close our eyes and pretend that things really are the same. If we choose the latter, things may or may not turn out well, but I can guarantee you that the society we fashion will not be a conservative one.

Will any of this make one of my Republican students vote for Obama? No and that is not my purpose. In the long run though it might just change how he approaches the fundamental questions facing our society. What those changes might be is beyond my place as a historian. I am just doing my job as a liberal academic, opening up the possibility of change.