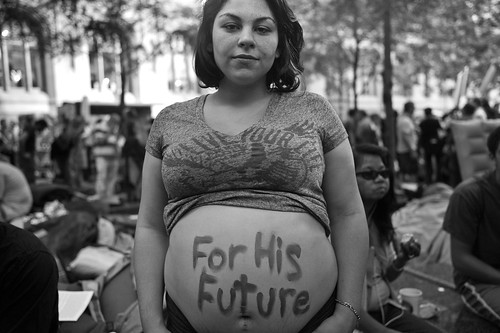 In thinking and reading about social justice, I find that there is a certain apprehension among right-libertarians and conservatives that the term itself is at best unnecessarily redundant or, more sinisterly, merely a disingenuous euphemism for the state confiscation and distribution of wealth.

Now granted, the latter seems to be the conclusion some leftists have made in determining what are the necessary conditions for achieving social justice. As a libertarian, however, I think that is a premature conclusion and would like to offer a more ideologically neutral definition of social justice.

What is still a matter of discussion and debate is determining what rightly understood justice and rightly understood social justice are. Both concepts take a proper understanding of what the moral criterion should be. Is the proper standard for evaluation the well-being that a social system provides for the the most vulnerable, the ordinary members of the community, or something else? Just what consequences and for whom should social justice consider?

I can agree that social justice, properly understood, takes account of the welfare of the vulnerable and destitute. I take issue with the idea that there must necessarily be conflict between different classes in society and that social justice bends in favor of one class over another. After all, what is appealing about justice is its impartiality. If justice is treating people as they deserve and people (regardless of their creed) at least deserve to be treated with respect over their own lives, social justice is evaluated at least partially on the basis of how well people living within a social system have dominion over their own lives.