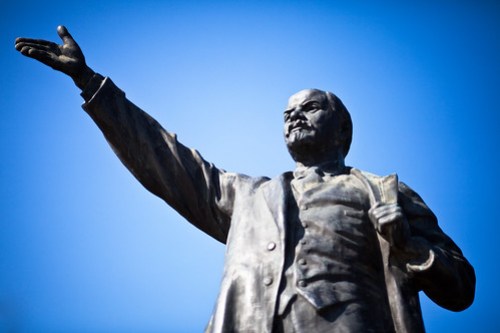 The can’t jail the revolution blog has a post by Tom Michalak about the strategic differences between anarchists and state communists, stating that anarchists have a “complete detachment from the working class as a whole.” I don’t find the point to be very persuasive or factually based that apolitical strategies are ineffective at bringing public awareness, especially following the public discussion of corporatocracy made possible by the decentralized Occupy movement.

Michalak argues that anarchists commonly reject vanguardism, so they lack the momentum to bring about a tipping point of the population that supports revolution. But it seems to me that anarchists reject certain practices, like electoral politics, not the need to organize as leading revolutionaries in struggles against authoritarian power structures.

Despite a supposed reverence for democratic principles, the idea that revolution can only come about through the injection of a party apparatus serves as a pretext for a privileged ruling elite. What anarchists are rejecting is the institutionalized inequality of party politics, which sets the stage for new bosses to take power. It’s a reason anarchists reject the state: because those in the institution of social compulsion do not necessarily share the same interests as those who currently control the means of production.

One thought on “Vanguardism for Liberation?”