In response to an open records request to the Dalworthington Gardens Department of Public Safety following a license and insurance checkpoint over the Labor Day weekend, the city’s attorney has drafted a sweeping request to Texas Attorney General Gregg Abbott to withhold all information of the city’s policies for establishing checkpoints and governing the conduct of officers at those operations.

Civil rights advocates have been wary of suspicionless checkpoints for being vulnerable to abuse as a revenue-generating program against members of low-income communities who have fewer resources to challenge criminal charges stemming from those officer interactions. That has led officials in nearby agencies, like the Dallas County Sheriff’s Department, to be forthcoming with the traffic data being used to set up the location and timing of checkpoints. Dalworthington Gardens’s checkpoint was held near the intersection of W. Pioneer Pkwy. and S. Bowen St. on Aug. 29, which for a few blocks is within the city’s jurisdiction.

According to the city’s request for an opinion from the attorney general, release of department policies could pose a threat to officer safety and others present on scene of a license checkpoint. The city’s Department of Public Safety expressed reservations that releasing information from its policy manual concerning the location, timing, method, and duration of the checkpoint would “unduly interfere with law enforcement activity and crime detection and prevention.” They are concerned people may learn of opportunities “to evade or interfere with” checkpoints and the investigation techniques of officers.

While officer and civilian safety should be a consideration, without information being made available for public oversight, there is no opportunity to validate that the policies for the checkpoint are administered with due process equally for all drivers who encounter a checkpoint or if voters in Dalworthington Gardens want an opportunity to change those policies. Visitors have no means of considering if city policies are compromising to their privacy. By withholding this critical information, there is no way to determine what considerations the city is using to see if less intrusive measures could achieve the same purported ends of enforcing license and insurance compliance.

That is exactly what the “spectators,” as the city attorney referred to them, at the checkpoint were thwarted from doing since there is no way to know if the city’s written policies are being carried through. The city says that releasing information may also jeopardize the city’s criminal proceedings for the approximate 60 citations issued during that night. However, if policies were followed and have legal backing, release of the information should have no bearing on any pending criminal cases.

Even more alarming, the city is withholding information on what discretion officers are given in selecting which vehicles to stop at checkpoints. This raises serious concerns about the city’s policies, as the reason for detaining a driver should be objective and have no basis in officer discretion if it’s to be compliant with the federal constitution’s protection against unreasonable search and seizure.

Of the eight requests made, two were fulfilled, three were said to have no relevant information available, and three were withheld altogether for the reasons cited above. The city attorney states there is no responsive information to the requests for information that the Department of Public Safety relied upon in choosing to establish the checkpoint, information concerning the amount of revenue estimated to be generated by the checkpoint, and the total cost of the operation. According to the release, no property was seized.

With no public records concerning information the city used in choosing to establish when or how to best perform the operation, residents in Dalworthington Gardens are being shut out of the political process and are expected to give a free hand to a city government’s seemingly protracted grip. 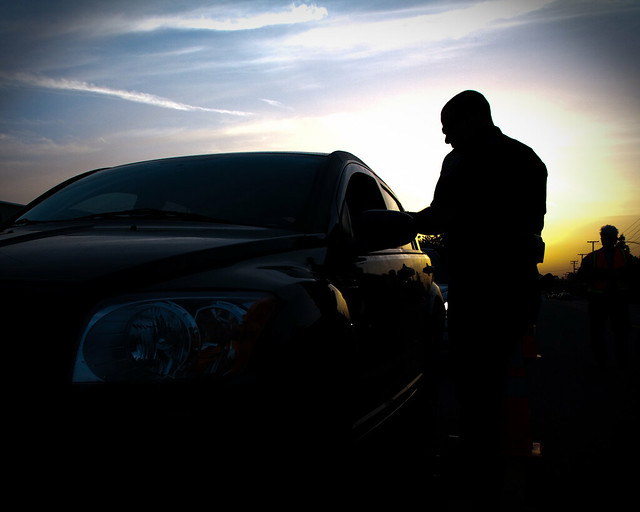