The agreement would have Toyota employ approximately 3,500 full-time workers on site by 2018 and generate billions in economic activity over the course of the next decade. The package was sold as a prudent investment for tax payers as the deal would reportedly pay for itself and lift the prestige of the suburban Dallas city. In a state that bills itself as a beacon of fiscal responsibility under Republican political leadership, it would seem surprising that these types of deals are necessary in the first place to recruit new firms. Even still, the deal leaves low-income works even more marginalized, made to be outsiders who lack access to political lobbying and business sway.

Instead of directing resources with regard to the most urgent demands of consumers, the city of Plano and Gov. Perry are taking tax dollars to configure economic output to their liking. Perry’s “corporate slush fund,” according to Mother Jones, follows no process for distributing its $487 million stash other than the governor’s whim.

When I pointed out to a colleague at work this seeming incompatibility with concern for the least advantaged, I was informed these kind of dealings should just be expected, that these sorts of compromises make job creation possible. It’s cast as a choice between false alternatives: either let corporate behemoths impose themselves or forfeit potential economic development. The truth is that false alternative is meant to mislead people into thinking that giving special privileges to favored groups can be done for the benefit of those who were plundered. For the average worker, such merchanitilist policies are “frankly interested in exploiting their labor to the utmost,” noted economist Murray Rothbard.

It’s no surprise that people who hold the reigns on capital (in large part because of state controls) hold the reigns on the labor market. But it’s a mistake to accept the present arrangement of capital as an obvious given if it were set into place by a system rigged against ordinary workers. Political insiders can always take care of themselves, and this welfare package for Toyota is evidence of that. Those closest to state power pilferage their communities, trading in whispers instead of productive achievement.

When Gov. Perry’s state government has gotten out of the way, Texans have proved they can make their own business. Forbes reported more than a thousand local business have bloomed since controls were eased on selling food from home. How many other budding entrepreneurs are being thwarted by regulatory barriers and high taxes? With nearly a half billion dollars in reserve, could tax cuts for lower income families generate even more growth than what already established industries offer? No one can say with certainty, least of all a a governor who hasn’t held a job outside of government since the year the Olympics were held in Atlanta.

As the recent homespun chefs are showing, with production becoming less and less capital intensive, large-scale operations will have to retrace their access to state benefits if they hope to maintain their relevance.

[Ed. Note: The title was inspired by a Gary Chartier article.] 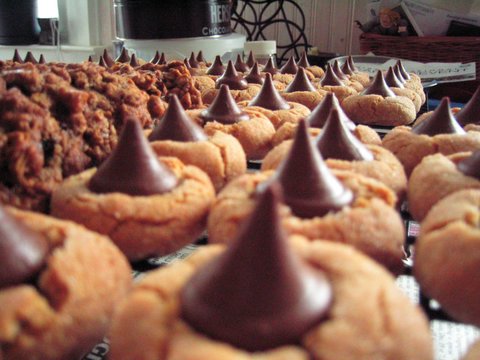