Ramsey Kanaan, the founder of AK Press, talks about anarchism is practice. This video was filmed May 12 at the Occupy Forum in San Francisco. The playlist from the presentation is here.

I’ve expressed my reservations about open carry demonstrations as they’ve been practiced locally. After some embarrassing nation-wide media coverage for bringing long guns into restaurants and other establishment, the leadership of Open Carry Texas and other gun-rights groups are asking members to keep their long guns outside.

I think it’s a first step toward my earlier activism suggestions for how to practice open carry in a sensible, appealing manner.

A market without capitalism would be very different from the one we have today. A market without capitalism would be one in which everyone is entitled to use land for their personal benefit, where credit distributes capital more equitably, where state-business collaboration no longer exists, and where bosses can no longer remain inflated consumers, buying and selling labor that is not their own. Without the state’s unilateral monopoly on force, aggression would largely disintegrate, and with it the economic returns associated with capitalism.

Such a society would incorporate the positive elements of capitalism and socialism into a form of free market anti-capitalism, wherein there is complete economic equality of opportunity, and freedom of exchange. This society would be a market society filled with competing jurisdictions, each one reflecting the will of its membership. In other words, the free market would be a sea with competing islands of democracies and republics, such as cooperatives and mutual associations. Instead of providing options between bosses, as capitalism provides, a mutualist society would provide options of social contracts, sets of bylaws, regulations. Instead of choosing between bosses, one, in effect, begins to make choices regarding participation in decision-making systems and their prior outcomes. In the free market, if one doesn’t like the way a place functions, one doesn’t move on to the next arbitrary rule of the next capitalist, but instead can find a place which allows them more influence. In this manner, the competition of the free market breeds democracy and cooperation. This should come as no surprise, as markets have always accompanied freer social organization, as seen in ancient Athens and in most maritime societies, as well as in the papal states of the Italian peninsula of the medieval ages, and in our own capitalist republic today.

Instead of forcing democracy on people, as socialism does with its democratic centralism, mutualism allows one to “opt out,” and to belong only to those associations which one feels brings them personal benefit. Mutualism—that is, markets without capitalism—in no way endorses the forcing of people into aggregate compounds, but instead supports voluntary combination from the bottom up, facilitated purely by the force of nature. A mutualist market, in every sense of the word, is free of state interference, and a market free from the state is a market free from capitalism.

Credit: Will Schnack, “Understanding Markets Without Capitalism,” with permission 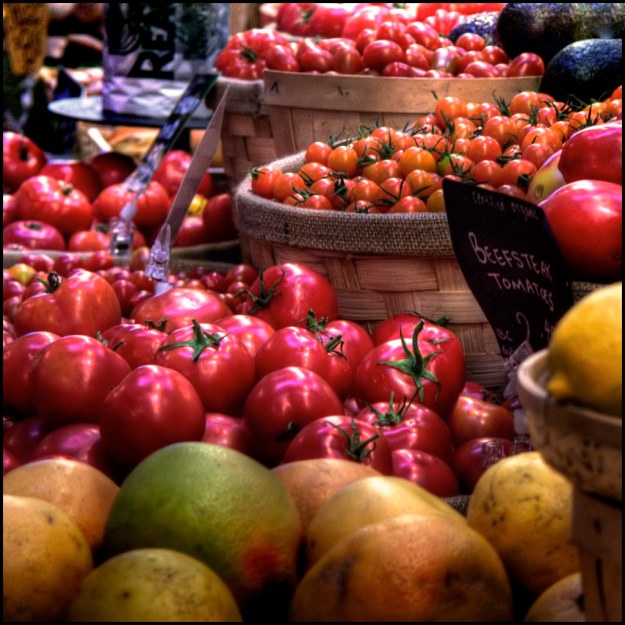 A Dallas County judge who came under criticism for sentencing a confessed rapist to 45 days in jail and five years of probation has recused herself from the case, according CBS 11 News. Well, great, but it seems a bit late.

When scrutinized by the Dallas Morning News for the unusually light sentence, District Judge Jeanine Howard said the then 13-year-old victim “wasn’t the victim she claimed to be,” adding that the teenage rape survivor had three prior sexual partners. As if that should matter or could mitigate rapist Sir Young’s actions, the teenager has denied the judge’s insinuation.

The young woman has been victimized all over again. Still, most victims of sexual violence in Dallas—if they report—will never have their cases meaningfully investigated, let alone lead to a prosecution. Victim-blaming makes it less likely for assaults to be reported, which only serves to shield a legal system that would rather devote resources to revenue generation than pursuing aggressors.

The Dallas Morning News has further reported that the judge initially ordered the assailant to volunteer at a rape crises center.

Above is a short clip from the 2014 Global Marijuana March organized by DFW NORML. There were other chants of “freedom.” With thousands in attendance, the sidewalks were so crowded that we eventually stretched into the streets to form a half-mile parade that walked from the Fort Worth Convention Center to the courthouse at Federal Plaza and back.

Power, by its very nature, distorts the upward flow of information. Or in the words of systems theorist Kenneth Boulding, ‘the larger and more authoritarian the organization, the better the chance that its top decision-makers will be operating in purely imaginary worlds.’ The dysfunctional information filtering mechanisms of a hierarchy simply screen out any information that doesn’t correspond to what those in authority want to hear.

Read more here. “Why Self-Organized Networks Will Destroy Hierarchies — A Credo” is another favorite on the information problem of authority.

Unless otherwise noted, content originally produced on this site is licensed under a Creative Commons Attribution 3.0 Unported License.